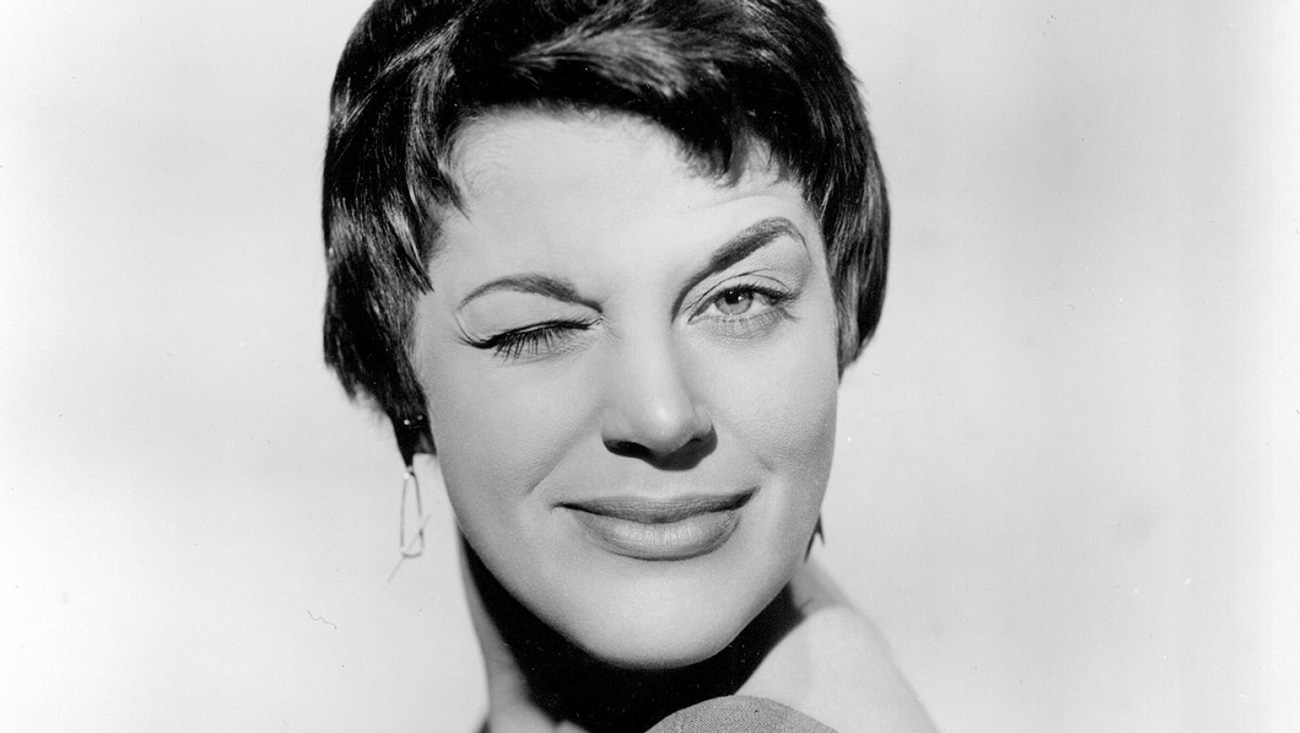 KAYE BALLARD – THE SHOW GOES ON…

The Greatest Star You Barely Knew

From Cleveland to Broadway to Hollywood and a hundred stops in between, actress-singer-comedian Kaye Ballard has travelled the world of show business like no other performer.  Spanning the 1940s to the 2000s, Ballard has not just done it all, but she has proved to be one of the most multifaceted talents to ever hit stage and screen.  It is her uniquely captivating and enchanting career that is celebrated in the documentary film KAYE BALLARD – THE SHOW GOES ON…

Beginning in the big band era of the 1940s – when she toured with Spike Jones & The City Slickers – Kaye displayed a penchant for striking versatility and show-stopping vitality.  Possessing a powerful voice with the ability to project toughly and tenderly, Ballard was a TV variety and talk show staple as she became a darling of the New York nightclub scene and championed Broadway with The Golden Apple, Carnival and The Pirates of Penzance.  As a torch singer, she introduced such future standards as Fly Me To The Moon (In Other Words), Lazy Afternoon and Maybe This Time.

Appearing on stage in London’s West End, performing for the Queen, headlining in musical theatre tours and starring on television in the beloved sitcoms The Mothers-In-Law and The Doris Day Show are just a few further highlights of a remarkably enduring career enjoyed by Ballard. On the motion picture screen, she co-starred in The Girl Most Likely with Jane Powell, A House Is Not A Home with Shelley Winters, The Ritz with Rita Moreno and Freaky Friday with Jodie Foster.

In a far-reaching career that has brought Ballard many artistic triumphs and millions of adoring fans, there have also been the inevitable near-misses and lost opportunities which are also brought to light in KAYE BALLARD – THE SHOW GOES ON…  Successes and disappointments alike are recalled with honesty and humor by Ballard along with friends and colleagues including Joy Behar, Carol Burnett, Ann-Margret, Jerry Stiller, Woody Allen, Carol Channing, Michael Feinstein, Mimi Hines, Peter Marshall, Rex Reed and Broadway producer Harold Prince, who cites Ballard as one of the greatest female entertainers of all time.

KAYE BALLARD – THE SHOWS GOES ON… is a wondrous reflection on the achievements of “the greatest star you hardly knew.”