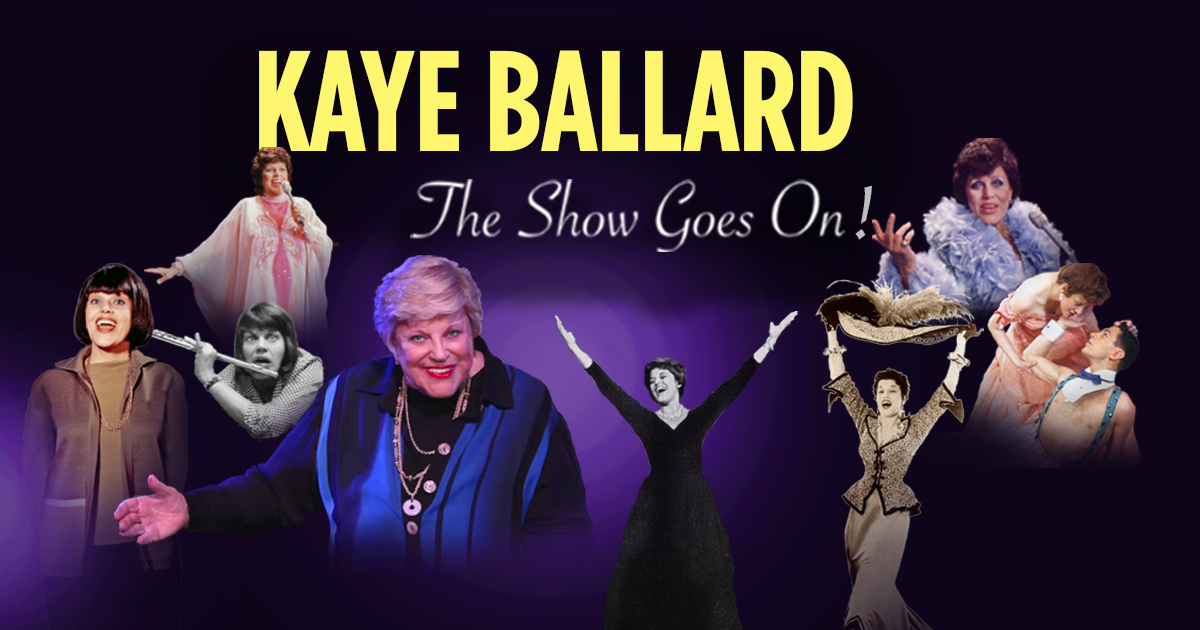 Watch now through one of the film partners below:

As a once-in-a-generation singer, a widely acclaimed actress, trail-blazing comedian, and virtuoso instrumentalist, KAYE BALLARD did it all. From big bands to Broadway, radio to recordings, and television to the big screen, her career spanned eight decades.

Kaye Ballard – The Show Goes On! is a wondrous reflection on the achievements of “the greatest star you hardly knew.” The film features rare archival footage and recent interviews with Kaye’s long-time pals Ann-Margret, Carol Burnett, Harold Prince, Carol Channing, Michael Feinstein, Rex Reed, Joy Behar, and others, as well as with Kaye herself. Directed by Dan Wingate.